Disclaimer –  This article is only to be used for informational purposes only, and does not replace the need to consult a health care professional to discuss the most suitable treatment for your child.

Going through teething as a parent is definitely not easy. It’s not like the child gets a cold and you know after a few days the child will go back to being his/her happy self again. Teething is on-going from the moment your child starts to put their hand in their mouth when they are a three months old, until  when they have their first set of teeth, approximately by their third birthday. When they are miserable or waking up in the middle of the night all of a sudden,  the first thought is, ‘maybe she’s teething, what can I give her? what should I do?’

My girls teethed very differently to each other. My eldest cut her first tooth at 8 months,  and the first thing she did was get rid of the dummy by herself. She wasn’t bothered by teething too much during the day, but night time was another story. We treated her before she went to bed with a teething gel and often gave her a dose of Paracetamol at night which seemed to work well for her. My youngest daughter cut her first tooth at 13 months, she was bothered by it during the day and night, and would put anything and everything in her mouth to relieve the pain and bite down to relieve the pressure. Paracetamol took the edge off it for her, but she responded really well to a homeopathic remedy called Hyland’s Baby teething tablets (that rapidly dissolve when they hit the tongue). I found it calmed her down as well as relieving the pain and if she woke during the night, after having Hyland’s drops she would be able to settle herself back to sleep very quickly.

1. As a pharmacist, I would have given stock standard advice and sent a parent away with a teething gel and either Paracetamol or Ibuprofen, but what I learned as a mother, is what works well for one child with teething, doesn’t always work well for another. You do need to try different remedies and see which works for your child. I will go through the symptoms of teething as well as giving a few important tips to parents and clues to look out for. Hopefully as a parent, you will feel confident to know, what to look out for in regards to your child teething and what options you have to relieving your child’s discomfort.

2. Teething symptoms can often start for months before a tooth cuts, i.e. the dribbling and red cheeks are very common starting at least two to three months before the first tooth appears. If your baby is dribbling constantly place a bib  under their chin, as often the saliva can cause face rashes due to the constant contact with moisture on their face. The  contact with saliva will irritate the skin, as well as get trapped in the neck potentially leading to fungal infections. Applying a barrier cream whilst your baby is teething, to the face can prevent nasty skin irritations caused by your baby’s saliva. There are a lot of brands of barrier creams available ie Sudocream, Desitin, Nappy Goo,  etc.  You’ll start to notice that each time your child cuts a tooth, often their poo is a lot runnier and has a different smell to it (you will hear people describe it as an ‘ammonia smell’). Often this is accompanied by nappy rash, so be sure to apply a lot more barrier cream to your babies bottom to prevent the nappy rash from becoming severe.

Often the baby can get a raised temperature, cold symptoms, even pulling on their ear but these symptoms can also be symptoms of a viral or bacterial infection so if you are unsure, don’t hesitate to get your baby checked out by your local doctor.

3. When your baby is just starting out with teething, try simple measures, like putting a teething ring in the fridge and letting your child pop it in their mouth. If your baby doesn’t want a bar of that, try something else like a cold clean face wash and placing it in the fridge and allowing the baby to chew on it. If your child is on solids, you can either give them teething rusks, cold purees and cold sticks of  ie peeled cucumber, watermelon, cantelope, or you can buy a mesh device that you pop cold/semi frozen fruit/veggies in and the baby will chew and suck the juices.

4. Over the counter teething gels (ie Bonjela, Sedagel,Braurer teething gel) can help and soothe the babies inflamed gums and just by rubbing the baby’s gum with or without the gel can provide a little relief. Oral paracetamol can relieve pain and temperature, however  Ibuprofen, is an anti-inflammatory which will reduce inflammation as well. So always give your baby a dose of the medication according to the babies weight. I often get asked do I give Paracetamol or Ibuprofen? I usually answer they are both safe to use assuming the baby doesn’t have any medical conditions but try one and see if that works for the child. If it does, use it when your child is in pain and if it doesn’t try the other.  It is however safe to use Paracetamol and ibuprofen at the same time as the medications are from different classes. However the added complexity of taking the two different medications can lead to dosing errors, so be very mindful to dose according to the child’s weight and be aware that both Paracetamol and Ibuprofen come in different strengths and  paracetamol lasts for up to six hours and ibuprofen lasts for up to 8 hours. Often parents will choose to stagger the paracetamol and Ibuprofen so that if the one medication is given and after an hour or two the child seems to still be in discomfort they can give the other as long as it is given carefully and according to the label, when in doubt always ask a health professional to assist.

5. A lot of parents will also try alternative therapies, be that homeopathic remedies such as Brauer baby and teething liquid or  Hyland’s Baby teething tablets (which rapidly dissolve when they hit the tongue)  which I personally found worked well for my youngest daughter  and a lot of mothers also swear by the amber bracelet/necklaces. The jury is still out with the amber bracelets/necklaces and I would be careful and only put the necklace on during waking hours and maybe an ankle bracelet whilst asleep for choking reasons. The alternative therapies shouldn’t be disregarded, however, as a pharmacist I have to say that there is no clinical evidence to say that they work, but in my personal experience ,I got a lot of relief from a homeopathic remedy, and in the end found, I did not need to give paracetamol or Ibuprofen as often when a  new tooth was cutting.

Some good news to parents, is that sometimes you will notice a tooth has just appeared and you think back and realise that when that tooth cut through, it did not bother my child at all. So not every tooth cutting through bothers the child to the same degree as other teeth did. I found from personal experience the top front teeth caused the most discomfort and as both my children got older they weren’t bothered by a lot of the other teeth cutting through. However the back molars  were painful and caused them to wake more frequently during the night, but that is another topic all on its own.

Please feel free to leave comments on this blog and if there are any questions I am more than happy to answer them. Also if you tried a remedy that worked well for your children that was or wasn’t mentioned above, let us know. I hope this information does help. 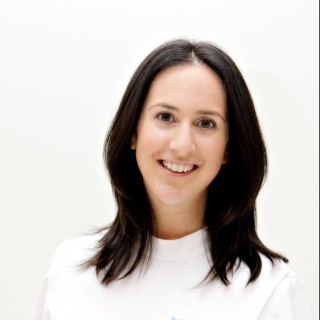 I am a pharmacist who specialises in introducing first time mums to health solutions that leave them feeling confident that they can look after their children's health & wellbeing.